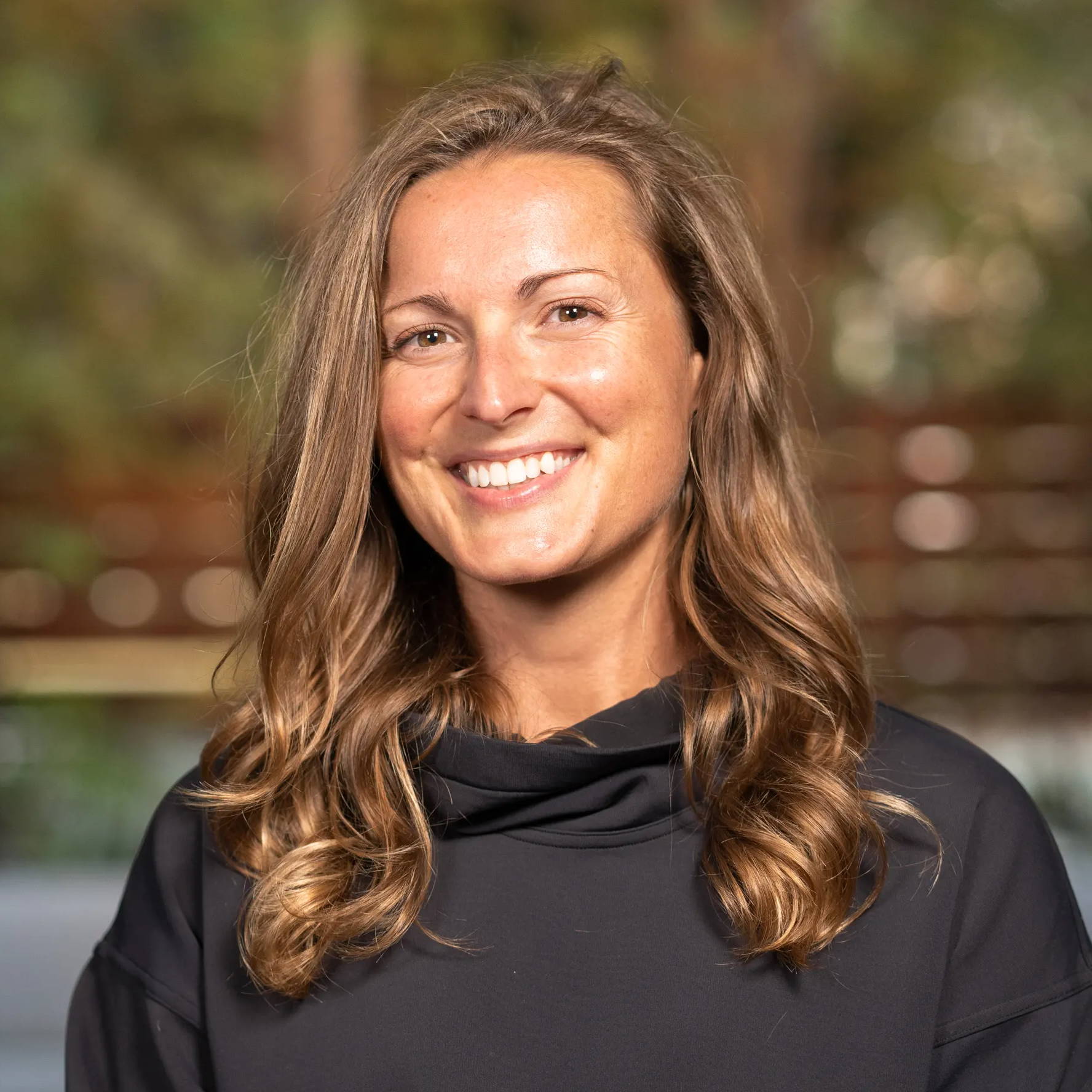 Why People Get Sick, and 5 Science-Backed Nutrients That Boost Immunity

It seems like every other day, another person you know is sick with the cold, flu, or COVID-19.

Some people are hit hard, while others are down for 24 hours and then feel great the next day. Which leaves you wondering: Why is being sick so unpredictable? Why does it last a day for some people, and weeks for others? And lastly, Is there anything I can do to prevent—or at least alleviate—my sickness?

Experts say that training your immune system is something that you need to be doing all year long. And it starts with 5 essential nutrients...

Why People Get Sick

“This is because as one ages, the thymus and bone marrow produce less B and T cells—two key players in keeping the immune system strong,” he continues.

But when it comes to maintaining immunity, there’s one glaringly overlooked factor that has a significant impact on your ability to fight off illness: Your diet.

Millions of people have micro-nutrient deficiencies—specifically in immune-boosting nutrients. This can be blamed on the lack of diverse whole foods they’re eating. In short, what you eat—and what you don’t eat—plays a critical role in how well your immune system functions.

"Eating a variety of nutrient-dense foods will ensure that you’re getting the proper amount of vitamins, antioxidants, and anti-inflammatory micronutrients needed to help your immune system (and white blood cells) function at their best”, Dr. Walding affirms.

In the following article, Dr. Walding breaks down the science of how certain foods and nutrients can help you and your loved ones boost immunity to combat illnesses better, and faster.

5 Nutrients that Boost Immunity, According to Science

The following 5 research-backed nutrients are key to keeping your immune system strong and on guard. Learn what they are, how much you should take, and what foods you can get them from. 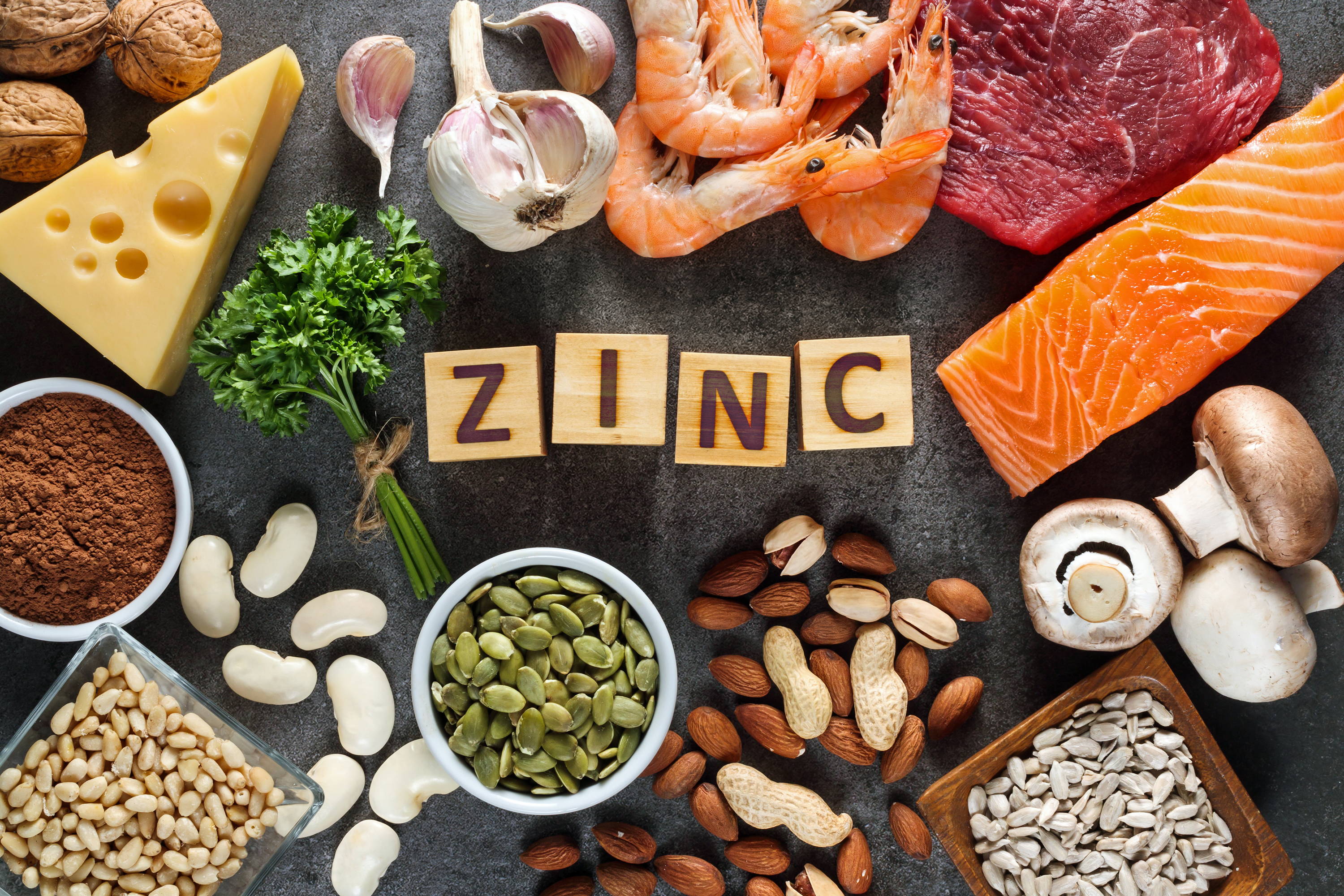 Zinc is an essential mineral for DNA synthesis and cell proliferation (a process by which a cell grows and divides to produce 2 daughter cells) (1, 2). For this reason, highly proliferating cells—like immune cells—are dependent on an adequate supply of zinc.

The growth or function of immune cells like macrophages, neutrophils, natural killer cells, T cells, and B cells become impaired by zinc deficiency. And several studies have found that elderly individuals are even more at risk for zinc deficiency.

In fact, less than half of older adults in the United States consume enough zinc. And this becomes more of an issue for older individuals—since the rate of zinc absorption declines as one ages.

“Because zinc is an essential mineral involved in the production of certain immune cells, maintaining an adequate zinc status can limit the decline in immune function that often occurs with age”, says Dr. Walding.

Research suggests that maintaining healthy zinc levels may be of particular importance for preventing pneumonia. For the elderly, infectious diseases such as pneumonia, are major—yet preventable—forms of illness (3).

In a study of older adults in nursing homes, those with normal serum zinc had a lower incidence of pneumonia and half as many antibiotic prescriptions compared to those with low serum zinc.

Studies involving older people are showing that higher zinc levels is correlated to:

In a 2007 study, adults ages 55 to 87 had lower plasma zinc and higher oxidative stress and inflammation compared to younger adults. Half of the older adults took zinc supplements for 12 months, and the other half took a placebo.

As expected, the rate of respiratory infections, inflammation, and oxidative stress were lower in the zinc group than in the placebo group (4).

A 2016 study in the American Journal of Clinical Nutrition gave zinc-deficient nursing home residents a zinc supplement or a placebo daily. After three months, the zinc group increased their zinc and T cell numbers (5).

Other benefits of zinc include:

“The best way to achieve optimal zinc levels is to consume two to three servings of zinc-rich foods per day,” suggests Dr. Walding.

Foods Rich in Zinc Include:

Foods Rich in Zinc Include:

Summary: Adding more zinc to your daily diet has been proven to increase the production of immune cells, lower incidences of pneumonia, and boost resistance to infection. 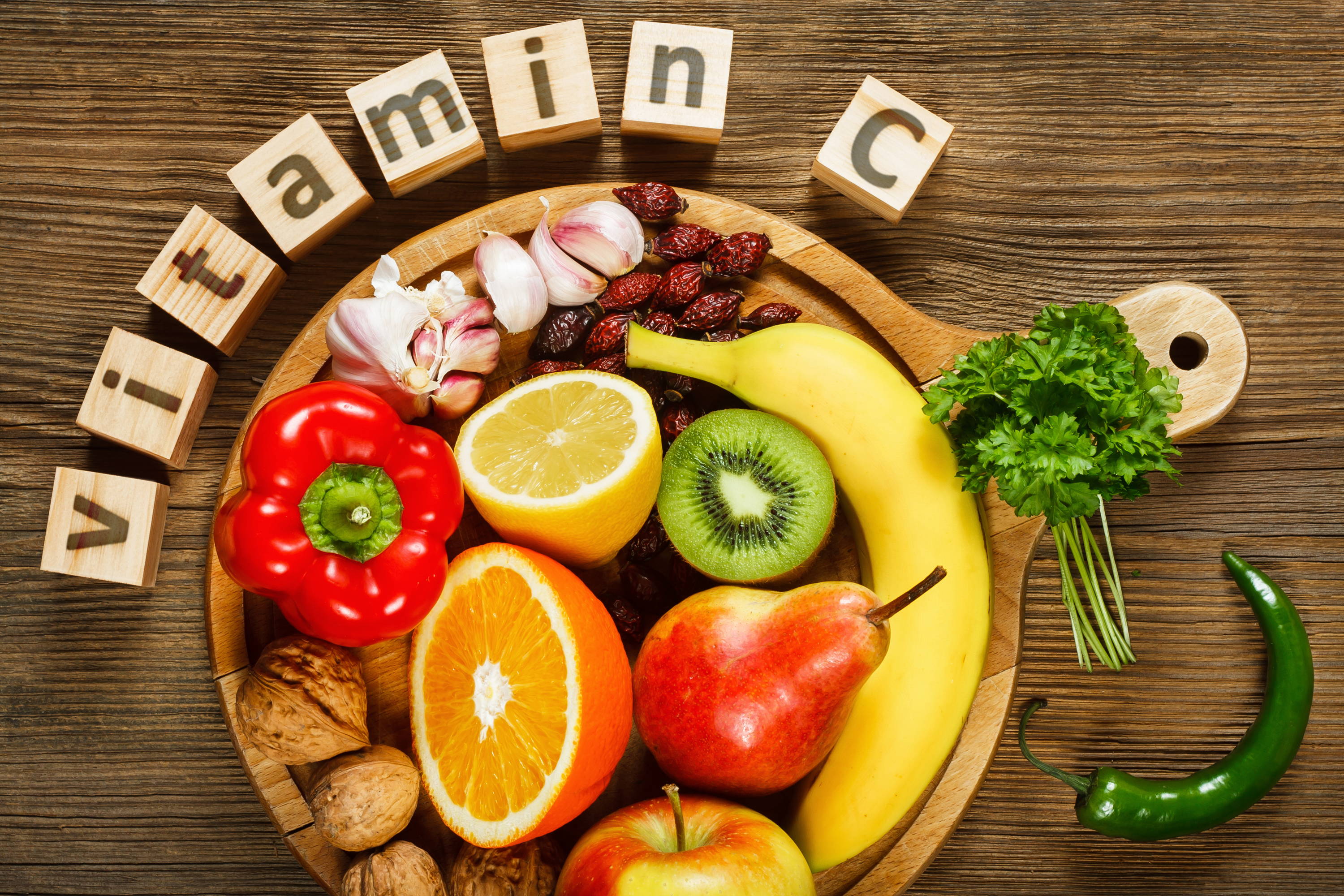 Vitamin C is a water-soluble vitamin and antioxidant.

When free radicals accumulate, they activate oxidative stress (i.e. an imbalance in the body that has been linked to many chronic diseases).

One study revealed that vitamin C helps to reduce symptoms and shorten the duration of respiratory tract infections. In addition to this, vitamin C reduces the incidence and improves the outcome of pneumonia, malaria, and diarrhea infections (8).

How Much Vitamin C Should I Take?

The recommended amount of vitamin C for the following gender and age groups is (9):

When sick, that dose should increase to 1 to 2 grams daily until symptoms subside (10).

Since humans aren’t able to make their own vitamin C, it’s essential that you eat the following fruits and vegetables in order to maintain adequate levels...

Foods Rich in Vitamin C Include:

Note: A total of 5 to 9 servings of fresh or frozen fruit and vegetables per day is estimated to equal ~200 milligrams of vitamin C (10).

Foods Rich in Vitamin C Include:

Note: A total of 5 to 9 servings of fresh or frozen fruit and vegetables per day is estimated to equal ~200 milligrams of vitamin C (10). 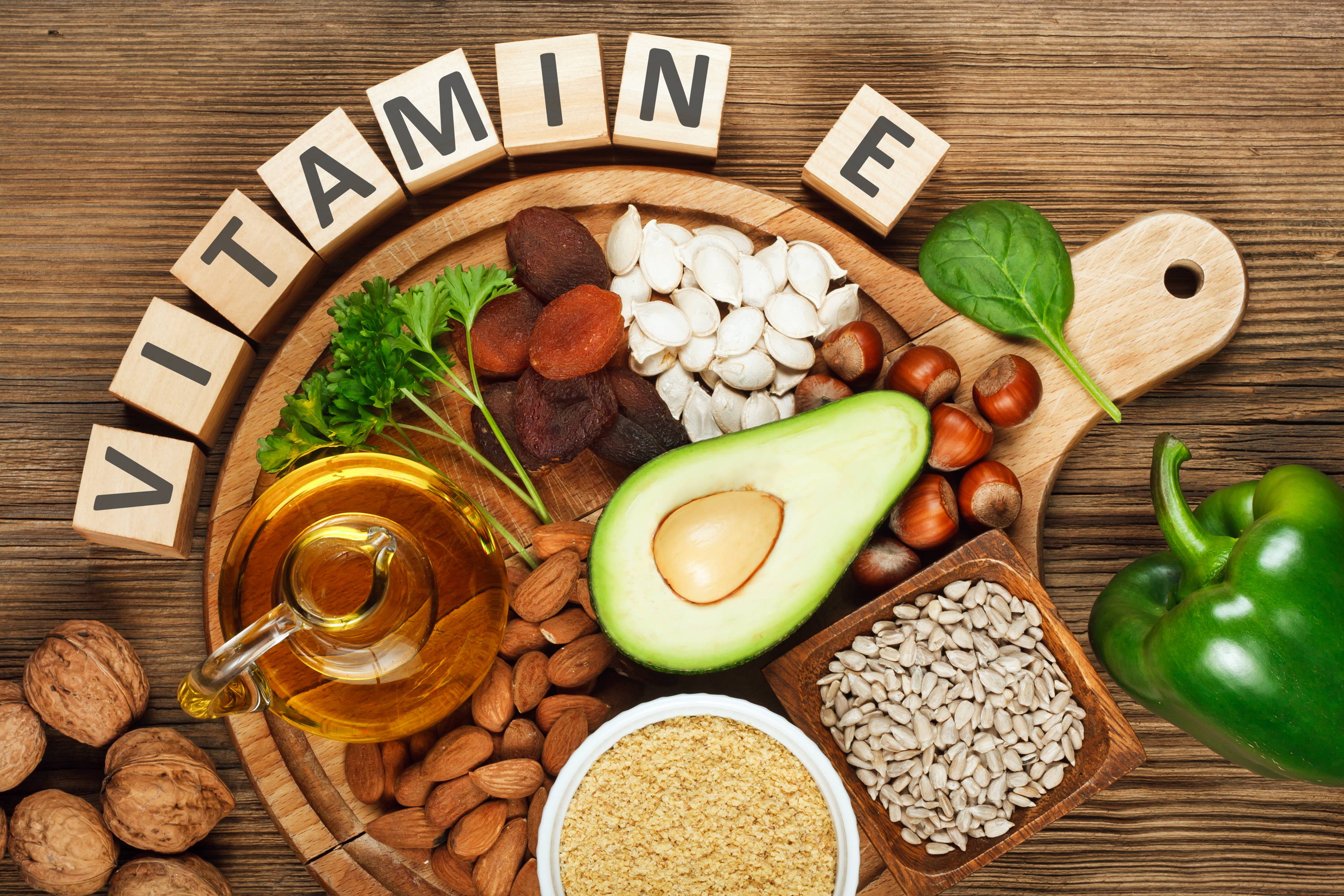 Like vitamin C, vitamin E is an impressive antioxidant. And getting enough of this antioxidant is crucial for the health of your immune system, especially if you’re older.

How Much Vitamin E Should I Take?

The recommended amount of vitamin E for both men and women is 15 milligrams (mg) per day; with the Tolerable Upper Intake Level being 1,000 mg per day (13).

Foods Rich in Vitamin E Include:

Foods Rich in Vitamin E Include:

Summary: Vitamin E is a powerful antioxidant that helps the body reduce free radical damage, fight inflammation, and defend against infections and illnesses. 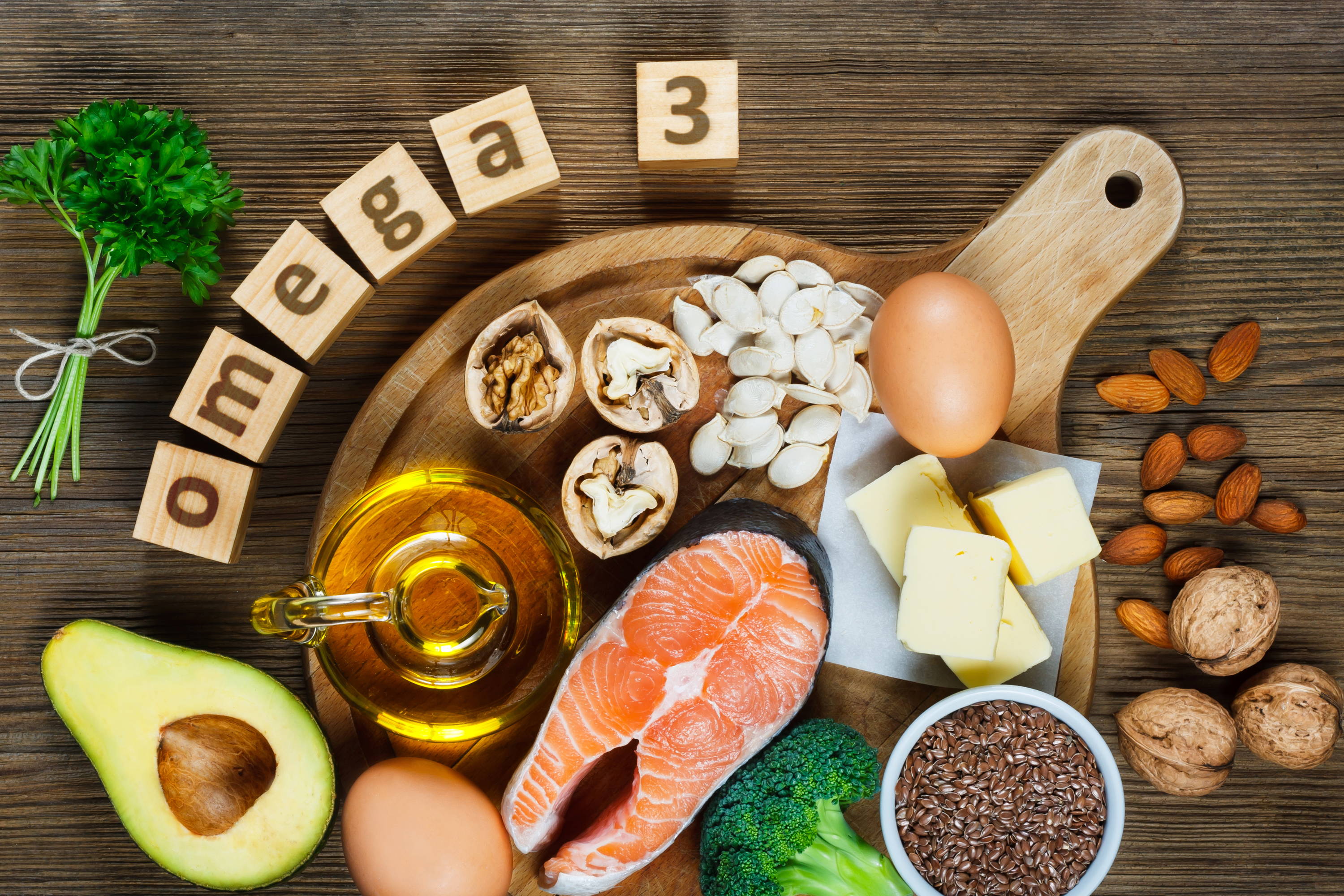 It’s rare to find a nutrient with as many health benefits as omega-3s. The most commonly known benefit is a reduced risk of heart disease, but that’s not the only perk...

They can boost your immune system, too.

Omega-3 fatty acids enhance immunity by increasing the activity of B cells—a vital part of the body's immune response (14, 15).

In addition to this, omega-3s reduce inflammation—your body’s natural response to infections and imbalances in the body. Reducing inflammation leads to an array of positive outcomes: Decreased risk of cardiovascular disease, diabetes, arthritis, cancer, and other diseases (16, 17).

Foods Rich in Omega-3s Include:

Foods Rich in Omega-3s Include: 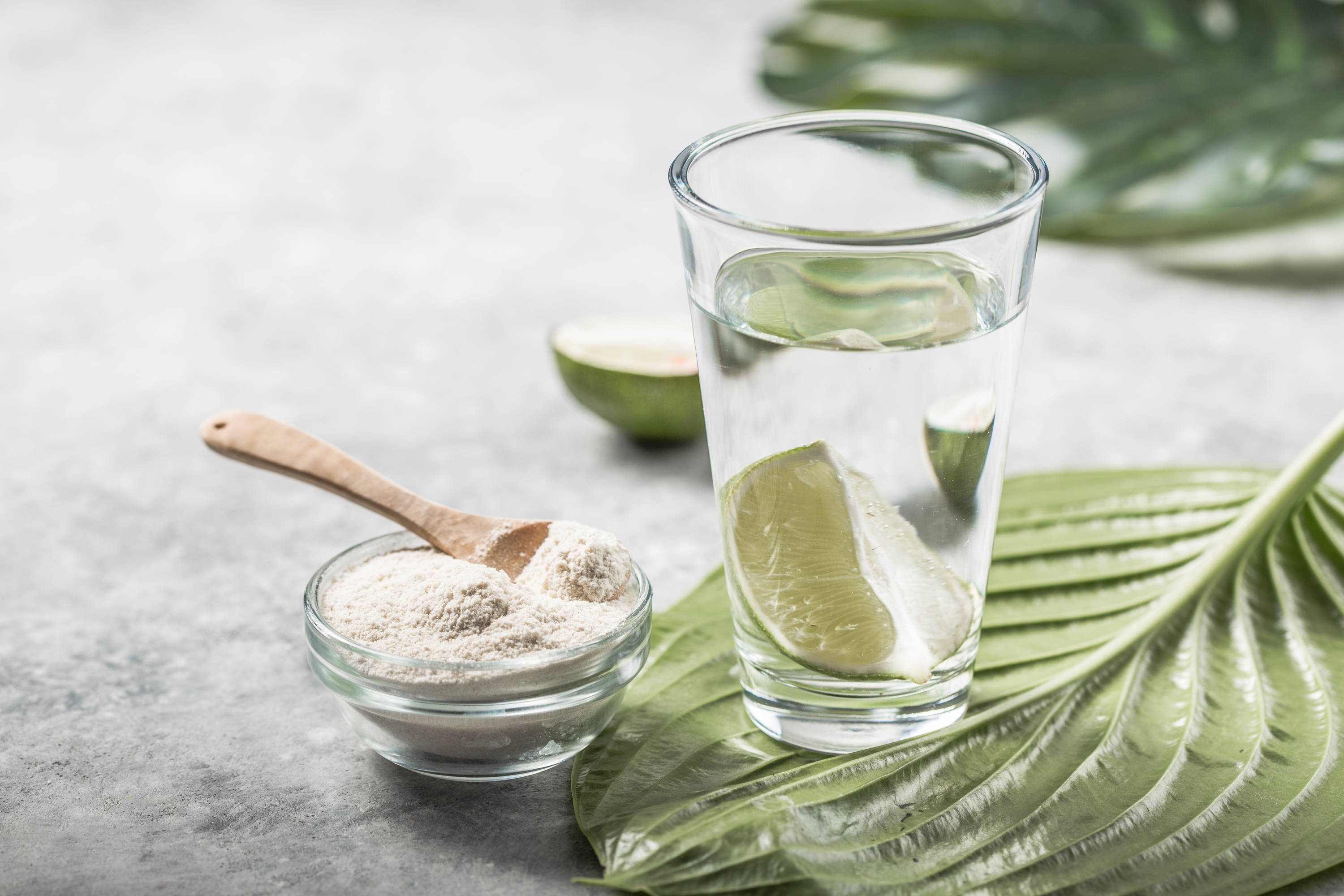 Collagen is the most abundant protein in your body—making up 33% of it, in fact (18).

Out of the 28 different types of collagen, there are two that make up 80 to 90% of the collagen in your body: Type 1 and Type 2 Collagen (19). These types of collagen can be found in your muscles, bones, connective tissue, skin, blood vessels, digestive system, and more.

Collagen is often dubbed as the “glue” that holds your body together. It’s credited to giving your skin its glow and elasticity; your bones their structure and support; and your connective tissue its cushion-like padding.

As if collagen couldn’t get any better, researchers are just beginning to uncover the miraculous effects it has on immunity.

One 2015 study measured the SIV (Scoring of Immunological Vigor) in men and women between the ages of 30 and 59 to determine if collagen ingestion affected immunity.

The 8-week study revealed that through 10 grams of daily collagen supplementation, there was a significant improvement in the comprehensive immunological status of humans. The participants who took the placebo didn’t show any signs of improvement (20).

Another (critical) thing that collagen supports: Your gut.

With nearly 70% of the immune system being housed in your GI tract, your gut is your body's immunity powerhouse (21).

An unhealthy gut is prone to bacteria, viruses, fungi, and parasites. Which can then “leak” through your intestinal wall, causing inflammatory diseases like irritable bowel syndrome, leaky Chron disease, and ulcerative colitis (22).

Despite the critical role collagen plays with our immunity and overall health, most adults are highly deficient—for two reasons:

1. Our bodies stop producing it. As you grow older, your body’s collagen production naturally begins to slow down. This results in a degenerative process affecting your joints, bones, skin, and your first line of defense against illness—your gut health.

2. Our modern diets lack it. While our ancestors consumed a collagen-rich diet, our modern eating habits don’t include the same foods as the civilizations before us (think: bone marrow, fish skin, poultry cartilage, and animal organs such as hearts, livers, and eyes).

Foods Rich in Collagen Include:

Foods Rich in Collagen Include:

Keep this in mind, though: It’s extremely difficult to get the amount of collagen you need with just food...

That’s why I recommend supplementing with a grass-fed collagen powder.

With just two scoops of collagen powder per day, you’ll be equipping your immune system with what it needs to stay sick-free while reinforcing intestinal integrity to keep pathogens from seeping into your bloodstream.

Summary: Daily collagen consumption is proven to boost immunity and improve the strength of the intestinal tract, where 70% of immune function occurs. For those who don’t find collagen-rich foods appealing, you may want to consider taking a grass-fed collagen supplement (ideally with Type 1 & 3 fibers).

“When it comes to immunity, the message is clear: Take good care of your immune system, and it will take care of you,” says Dr. Walding.

As you’ve learned, your immune system weakens with age, which can lead to serious, even fatal, health problems. In order to limit this decline, it’s essential to consume nutrients like zinc, vitamin C, vitamin E, omega-3s, and collagen.

Here’s how I look at it: Food is medicine—so use it that way.

All it takes is a few key nutrients and amino acids to increase immune cell activity, fight free radicals, reduce inflammation, and fortify your gut.

Remember: You can eat all the immunity-boosting nutrients mentioned in this article, but if your gut health isn’t in check, you won’t be able to properly absorb and utilize them.

If eating tons of fruits and vegetables isn’t sustainable to your lifestyle, add these supplements to your wellness regimen:

As Head of Marketing at NativePath, Kate breaks down the science-y world of health into easy-to-absorb articles so that you can expand your knowledge and take one step further #OnThePath.

As Head of Marketing at NativePath, Kate breaks down the science-y world of health into easy-to-absorb articles so that you can expand your knowledge and take one step further #OnThePath.