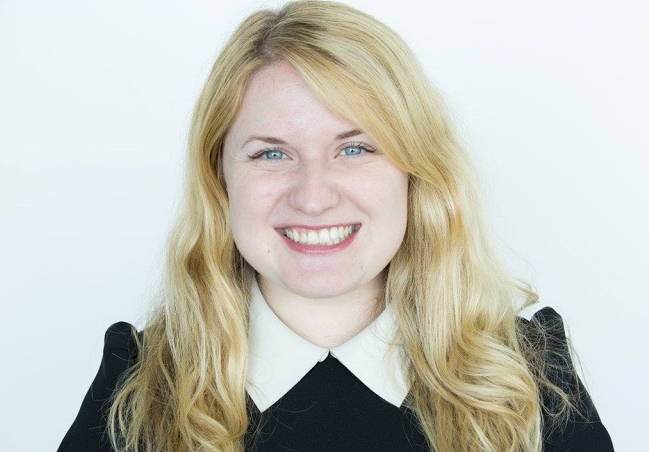 Prebiotics vs. Probiotics: What's the Difference? Do You Need Both?

You’ve probably heard a whole lot about probiotics lately…but what about prebiotics?

Probiotics and prebiotics work together to play separate—but vital—roles for your health. But with probiotics taking up most of the spotlight, it’s important to know how they differ, and the benefits that pre and probiotics can offer…

Prebiotics vs. Probiotics: What's the Difference?

First and foremost, prebiotics and probiotics promote a healthy gut—but in turn, a healthy gut provides all kinds of health benefits throughout the body.

According to a 2013 study, good gut bacteria can help boost your immune system, help manage obesity, and even tackle symptoms of depression (1).

It might help to think of probiotics as a jack-of-all-trades:

Why Do I Need Prebiotics & Probiotics?

Gut health is about so much more than how your stomach feels. Your gut is connected to everything from how you process emotions to whether your joints ache on chilly mornings.

Did you know that your gut talks to you? Your gut and your brain are connected physically and chemically through something called the gut-brain axis (this is what they use to communicate with each other!) (9, 10).

This communication happens through neurons…

Neurons are electrically excitable cells in your brain and central nervous system that act as information messengers to other cells. Your brain has as many as 100 billion neurons that tell your body what to do and how to function (11). What might surprise you is that your gut has neurons too—500 million of them (12). They connect to your brain through your nerves, especially the vagus nerve, which is the largest nerve between your gut and brain and a key part of the gut-brain axis (13). 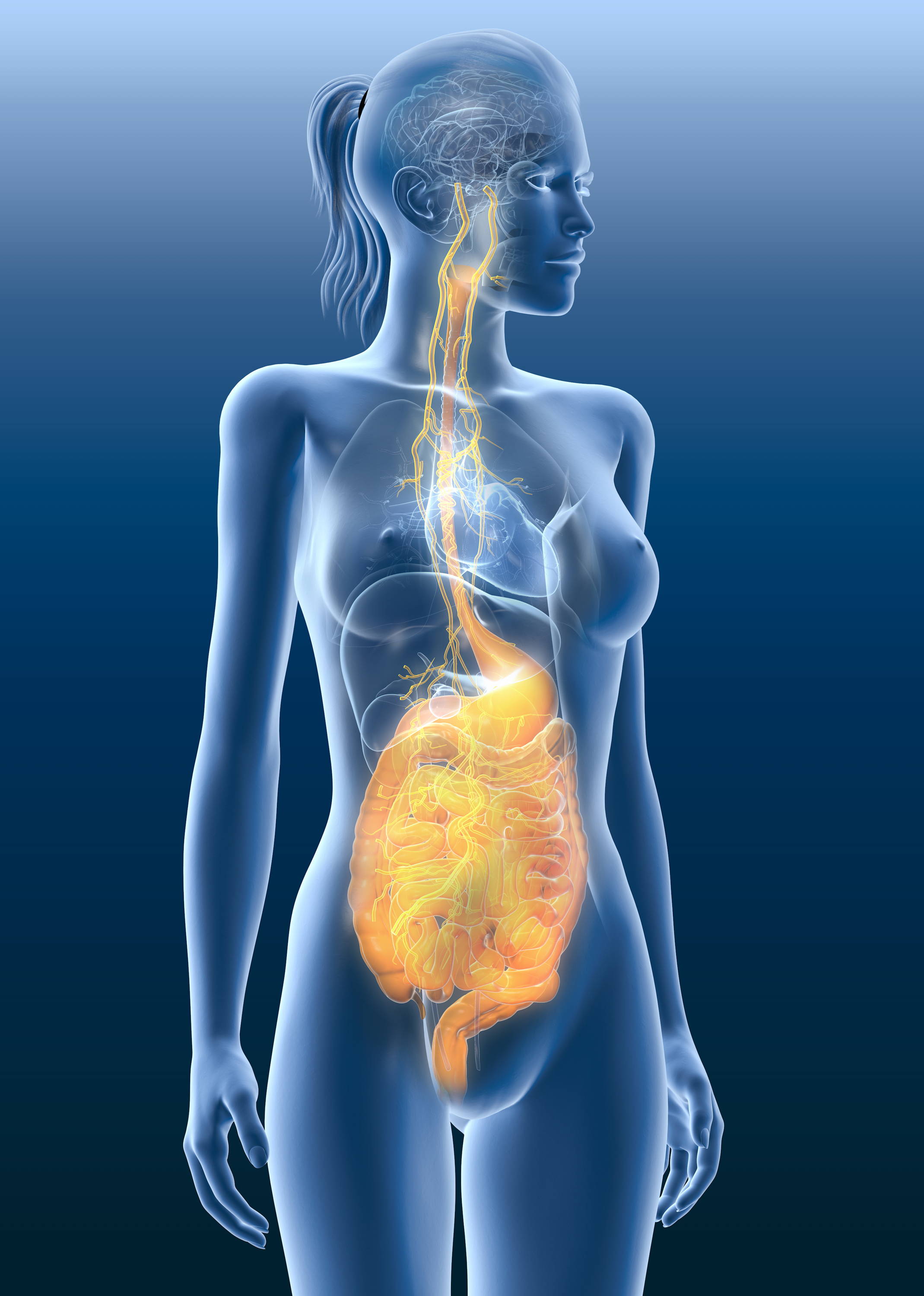 Neurons aren’t just there for your brain to send commands to your gut. Rather, messages are sent in both directions…which means that your gut is directly influencing the health and function of your brain (14)!

Serotonin, the “happy chemical,” is one of the most well-known neurotransmitters. As it turns out, a huge proportion of your body’s serotonin is produced in your gut. Your gut is making happy chemicals (18)!

Research has also found that gut microbes can produce GABA, a neurotransmitter that helps soothe anxiety and depressive symptoms while helping you sleep soundly at night (19).

Taking probiotics can even help increase your gut’s GABA production (20).

Your gut doesn’t stop at the brain. It can also deeply impact your joint health (21). If your gut isn’t in great shape, it can impact your immune health and, in turn, lead to inflammation (22).

Your gut contains the largest amount of immune cells in your body. When your immune system isn’t working properly—whether it’s too weak or working in overdrive and overestimating risks—you’re at higher risk for inflammatory issues. Arthritis is commonly associated with chronic inflammation (23). An unhealthy gut may put you at higher risk for arthritis and the stiff, achy joints that come along with it.

So much of our health, happiness, and longevity can be directly impacted by the gut. That’s why we need to do everything we can to keep it healthy and balanced (24).

One way to keep your gut (and in turn, your brain, joints, and body) happy is to seek out prebiotics and probiotics in the foods you eat. Foods rich in prebiotics contain a type of fiber that you aren’t able to digest. Once that fiber reaches your gut, however, it will be eaten by the gut bacteria that can digest it. 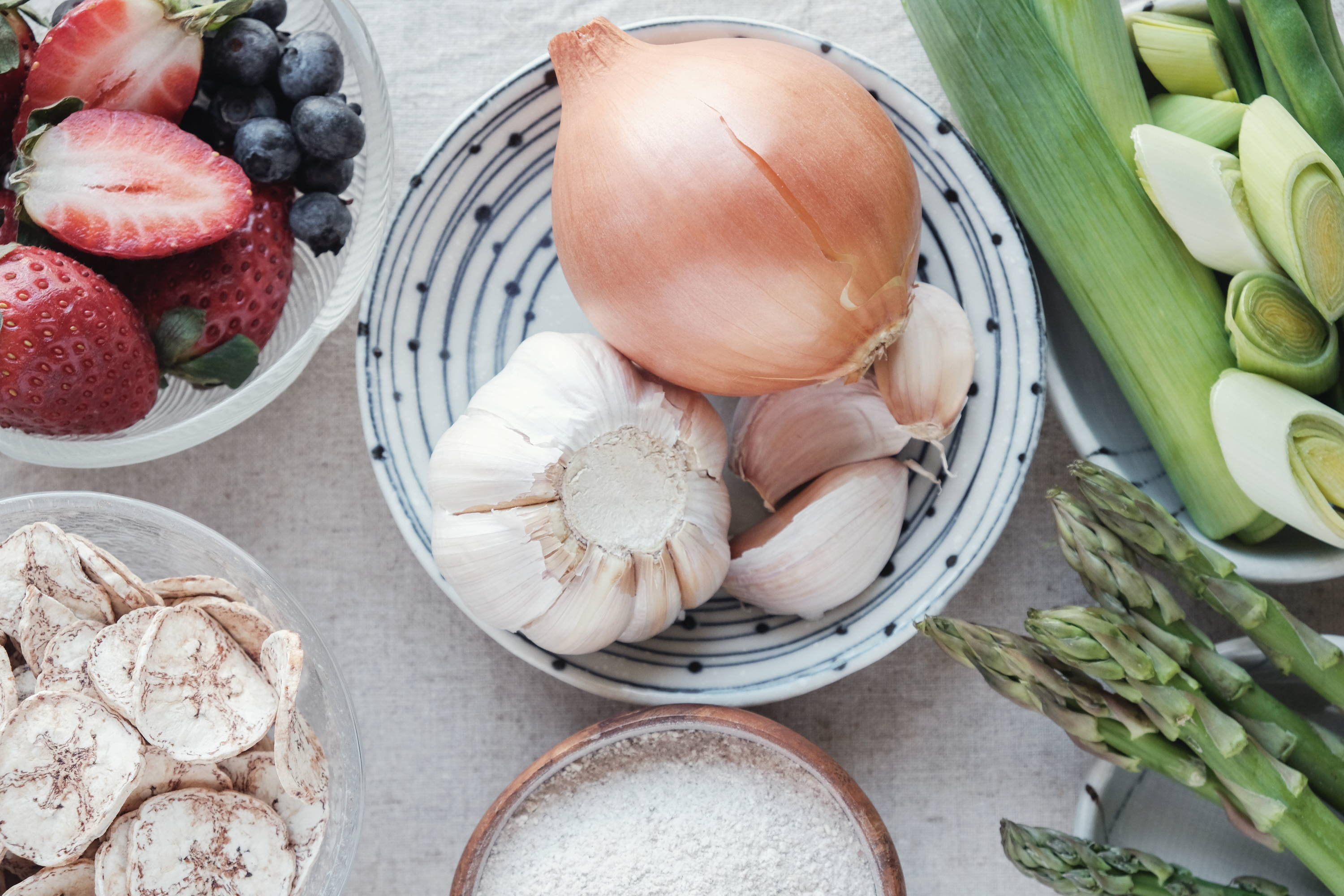 Try the following foods with prebiotics…

You’ll also want to make sure you’re getting enough probiotics in your diet. Here are some foods with probiotics to enjoy…

Fun Fact: Some of the foods above contain both prebiotics and probiotics, which means they’re called synbiotics.

Fun Fact: Some of the foods above contain both prebiotics and probiotics, which means they’re called synbiotics.

If you’re not getting enough prebiotics and probiotics from your diet alone, you’ll want to choose the best probiotic supplement you can—one that contains several probiotic strains for the best benefits.

NativePath Probiotics offer a custom blend of 10 superstrains among 82 billion culture-forming units (CFUs) of probiotics per bottle. They also include prebiotic soluble fiber right there in the capsule, so all that healthy bacteria will have plenty of fuel. 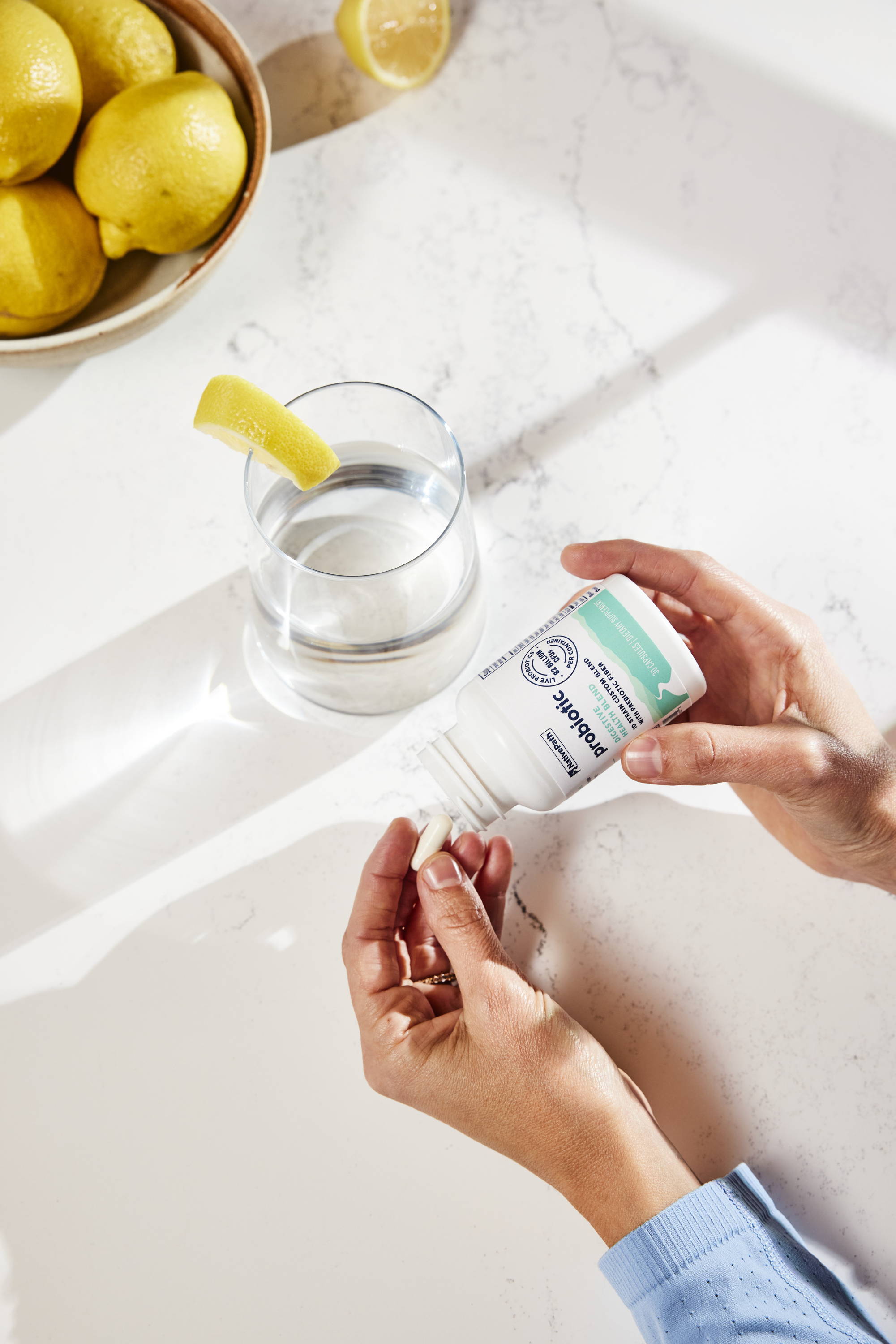 Here are the 10 powerful strains in NativePath Probiotics, and the benefits they offer:

In many ways, the health of your gut reflects the health of your body overall, so it’s important to nurture it. It impacts your mental health, your immune system, your joints, how energetic you feel, and so many other aspects of your daily life. While probiotics are buzzier than ever, it’s so important for anyone with gut health goals to make sure they’re getting both probiotics and prebiotics. Make it a simple part of your routine without choosing between prebiotics vs. probiotics with NativePath Probiotics, which includes plenty of prebiotics along with 10 powerful superstrains of probiotics to keep your gut—and body—feeling their best.